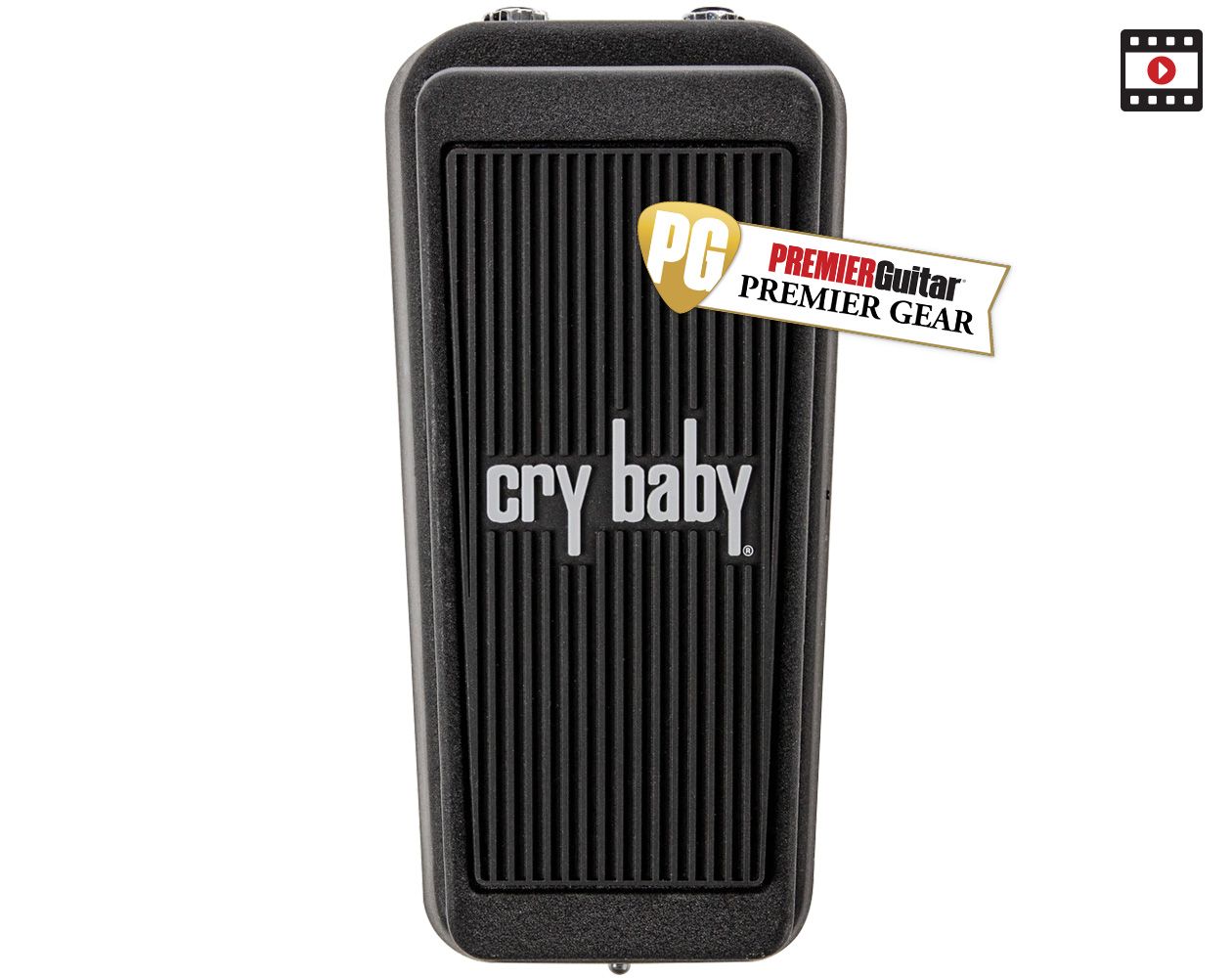 Wah pedals lagged so far behind in the scramble to become “pedalboard friendly" that I came to relish the stubborn resistance to shrinkage. Dunlop went a long way to undoing big-wah design entrenchment with their Mini Wah. But they've really refined the wah's relationship to the pedalboard with the Cry Baby Junior.

The 8"-long Junior shares a few features with the Mini—most notably the 3-position voice switch. But where the Mini's switch was stashed inside the enclosure, Junior's is on the enclosure's right side. The easier access is welcome because switching between the three distinct voices—the high-focused GCB95, the midrange-y vintage setting, and the low-frequency voice—opens up many tone options. The low-frequency and vintage voices, in particular, reveal many cool parked-wah tones through the pedal's sweep, especially in the toe-down position. And speaking of sweep, Junior's is as conducive to slow, controlled filter sweeps as quick-flickin'quack-funk moves.

While clearly more compact than a full-sized wah, its footprint—which was developed with help from Pedaltrain—isn't the only board-optimizing feature. Top-mounted jacks, a flat, rubber bottom panel, and a bright bypass LED on the heel of the enclosure also help make the Junior a wah that space-conscious players can love.