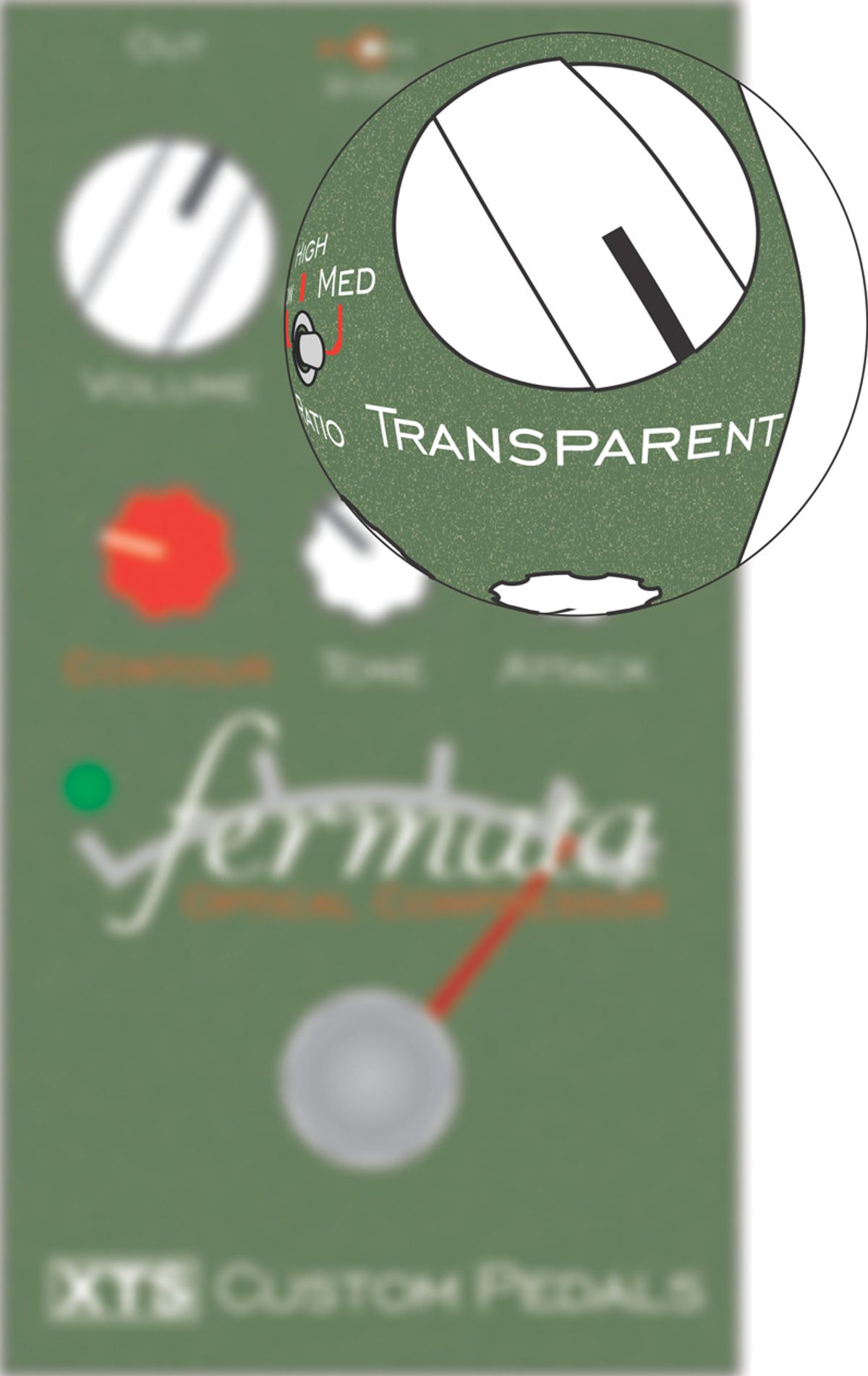 The term gets thrown around so much it's almost meaningless. Let's see if we can wrap our heads around it a little better!

Transparency has been a boutique effects pedal buzzword for something like a millennium at this point. When the simplest stompbox crawled from the primordial soup of aluminum castings, footswitches, capacitors, and resistors, there was a guitar player standing there, arms folded, a jaundiced eye, and questioning, “Is it transparent?"

I fall in and out of love with this overused adjective constantly. I believe at one point it was probably used by players who had a very defined notion of what it was they were looking to get out of a particular piece of gear. Since then, it's often a rather indistinct concept that serves as a cloak for players who can't really figure out why a pedal does or doesn't work for them.

Taken literally, transparency is not something the typical player is looking for. This clinical interpretation would indicate that anything that alters your guitar signal in any way is less transparent and, accordingly, less desirable. Taken to the logical and ridiculous extreme, this rules out any and all effects boxes, amplifiers, and cables of non-zero length. Everything in your signal chain is disruptive—twisting and bending your guitar's signal in one way or another.

In recent days, I've had clients ask for transparency from all kinds of effects. A transparent compressor could be reasonable. A compressor can be set to gently massage your guitar signal and not completely upend your base signal. On the other hand, asking for a transparent Big Muff-style fuzz is pushing the limits of credulity.

When people use the phrase in describing what they want or need, it has become increasingly unclear what they're going for.

Being critical of a pedal's lack of transparency can be a sort of self-defense. Do I not like how this pedal sounds? Then it must be that there's not enough of me getting through it! Asserting that a pedal is not transparent can also serve as a rug under which all of the pedal's faults can be swept, absolving the critic from having to formulate an opinion on or understanding of what they actually like and don't like. For instance, is it easier to know and hear that an effect could use a 3 dB cut at 250 Hz, or simply condemn it as lacking transparency? Should everyone be able to diagnose the timbre of an effect that way? Certainly not! But we've so overused and abused the word transparency that it has become a semiotic nightmare. As a pedal designer and modifier, when people use the phrase in describing what they want or need, it has become increasingly unclear what they're going for. And worse yet, I believe the average guitar player is becoming increasingly unclear on what it means to them. In some ways it has become a filler word like "uh" or "um," and when we run out of meaningful things to say, we start talking about transparency.

We were recently working on a signature pedal design for a guitarist. The question of transparency came up, as it often does. Do we need to design this pedal so that there is a set of knob positions where the pedal sounds like it's doing nothing? It can be done, but what would be lost? Your pedal's controls and connected circuits have a finite range of operation. If you adjust the sweep of a knob to include "no effect," then you potentially lop off something cool at one end of the spectrum or the other. This guitarist made what is an increasingly trend-bucking decision in the ultra-boutique overdrive pedal market. He didn't want to worry about making it totally transparent. He just wanted to make it sound good.

The above may make me sound like a disgruntled word-police officer, railing against transparency's use the way that some rail against the fact that "irregardless" is inWebster's dictionary. A sign's meaning is ultimately determined by the group using that sign. I do wonder if we shouldn't look at transparency in tone not as a sheet of clear-plate glass, but as a lens. A lens must be optically transparent to do its job effectively, but a lens is also contoured and shaped so that it modifies its input: stretching, shrinking, and otherwise distorting it in some useful way. It enlarges some aspects of the source image and minimizes others. If we exalt fidelity over function, transparency isn't serving us anymore.

MIDI Is Making a Pedalboard Comeback