Video
The Fender Bassman can be a tonal gateway for Hendrix fans. Hendrix often played a Marshall JTM45, which has a circuit almost identical to early Bassmans from 1958 to 1960.

How to make a Bassman, Twin, or Super Reverb sound more Experienced.

In my July column about achieving classic sounds with various Fender amp and guitar pairings, I briefly mentioned the black-panel Bassman as a tonal gateway for Hendrix fans. Let me go a bit deeper into the topic of chasing Jimi's tones with Fender tube amps.

Most players might think they need a Marshall to emulate Hendrix, and that Fenders are way too clean, bright, and twangy for the sustaining distortion and feedback. That is partly, but not completely, true. Hendrix's crazier lead tones did not come from his amps alone, but from amps and pedals paired in the studio, and he played a lot of Fender amps. I think learning Jimi's picking technique and chordal approach are more important than learning to cop his tone, and, according to biographies, he actually wasn't very much focused on gear. Still, he did create a signature sound and I've developed ways to dial it in.

Early in his career, Hendrix played Fender and Sunn amps, among others. But in most photos that were taken of him onstage, he is holding a Strat in front of Marshall stacks with Super Lead or JTM45 heads. Let's look a bit closer at the JTM45. When released in 1962, the circuit was based on the 1958 to 1960 Fender Bassman—a 40-watt, tube-rectified, dual 5881-tube, push/pull amp feeding four Jensen 10" P10R alnico speakers in a combo-style cabinet. In fact, it was almost identical.

Fender's narrow-panel tweed amps have inspired numerous amp builders and manufacturers, right to this day, and the most famous are probably the 5F6-A circuit Bassman, 5e3 Deluxe, and 5E8-A Twin. In my opinion, they are the best-looking guitar amps of all time and they excel at both clean and crunchy tones.

The Bassman has several EQ possibilities through its airy 4x10 cabinet, with full-spectrum tone and crunch that makes it a great Hendrix-style amp when pushed. The most significant change in the JTM45 was the closed-speaker cabinet with 12" Celestion G12Ms in pairs or quads. Jim Marshall did this to make his amp louder, firmer, and punchier, but it also became more mid-focused. A bigger power transformer added further to the punch and firmness. A 12AX7 in the V1 preamp spot instead of a weaker 12AY7 also made the amp louder but did not change the tone. There were minor changes in EQ cap values and the negative feedback resistor, partly because of component availability. That made the tone controls act differently, with more mids in both the bass and treble pots. Summarized, the JTM45 is louder and has more mids and therefore more distortion. However, I think most players would not tell these amps apart in a blind test if they were played through the same speaker cabinet.

Out of respect for history, you should never remove an original Jensen speaker in a vintage Fender amp unless it's seriously damaged.

So, my advice for getting Jimi's tone with the tweed Bassman, vintage or reissue, is to lower the bass to prevent fart-out, set the volume high for a raw, unfiltered sound, and use the guitar volume to dial back to a cleaner and more mellow voice. If you manage to tame the brightness across the amp, pedals, and guitar, you will be greatly rewarded with a detailed, nuanced response to picking, fretting, bending, vibrato, and other work on the fretboard.

Staying in the tweed era, the 5E8-A circuit Twin is also useful for Hendrix-style distortion, and its 12" speakers will put you closer to a Marshall's solid punch. The Twin doesn't break up as quickly as the Bassman, but you can pull one of the two rectifier tubes to compensate, and get more sag and less clean headroom. The vintage tweed version of this amp has dual 5U4GA rectifier tubes, and the reissue has dual 5U4GBs. Thanks to Fender for not going with a more efficient single GZ34 but keeping it essentially vintage-correct.

Fender has reissued the tweed Bassman and low-power Twin as the '59 Bassman LTD and '57 Custom Twin-Amp. You can put vintage-appropriate Celestion G12M speakers in the reissue Twin for a more classic Marshall-style tone. For the reissue Bassman, I think the best route to a Hendrix tone is replacement WGS 10" Veteran speakers. But a word of caution: Out of respect for history, you should never remove an original Jensen speaker in a vintage Fender amp unless it's seriously damaged.

Finally, we've come to the black-panel/silver-panel Fender Bassman 50-watt and the Super Reverb. Of the three black-panel Bassman circuits—AA864, AA165, and AB165—the AB165 distorts the most. But it lacks a British flavor unless you install a 25k mid pot in place of the fixed 6.8k mid resistor. The mid knob then acts as a crunch control, so it's definitely worth the effort of installation. The black-panel Super Reverb with Jensen P10R or CTS ceramic speakers is quite similar to the Tweed Bassman. If you dial the mids high, lower the bass, and push it really hard … you almost have a Tweed Bassman tone with combined distortion from the preamp, power amp, and speakers. As always, for more crunch at lower volumes you may disengage two of the speakers, use a 12AX7 V6 position phase inverter tube, and pull the V1 tube.

Go online to see my video exploring some of these sounds. Meanwhile, excuse me while I kiss the sky.

Watch Jens Mosbergvick put Hendrix mojo on his Fender Super Reverb, Marshall JMP50, and Fender Bassman, with some help from a Mythos Argos Octave Fuzz and a wah-wah. The Super has its original CTS ceramic speakers, the Marshall sports a pair of Celestion G12Ms, and the Bassman has its original two Oxford 12T6s.

Is Music Just a Big … Illusion?

A Burst From a Different Golden Era

PG Editors, Our Reader of the Month & Justin Osborne Show Their Weirdest Guitars

Mystery Stocking is almost here! Be sure to sign up for PG Perks so you don't miss it! 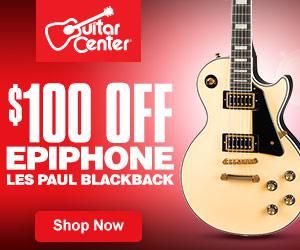