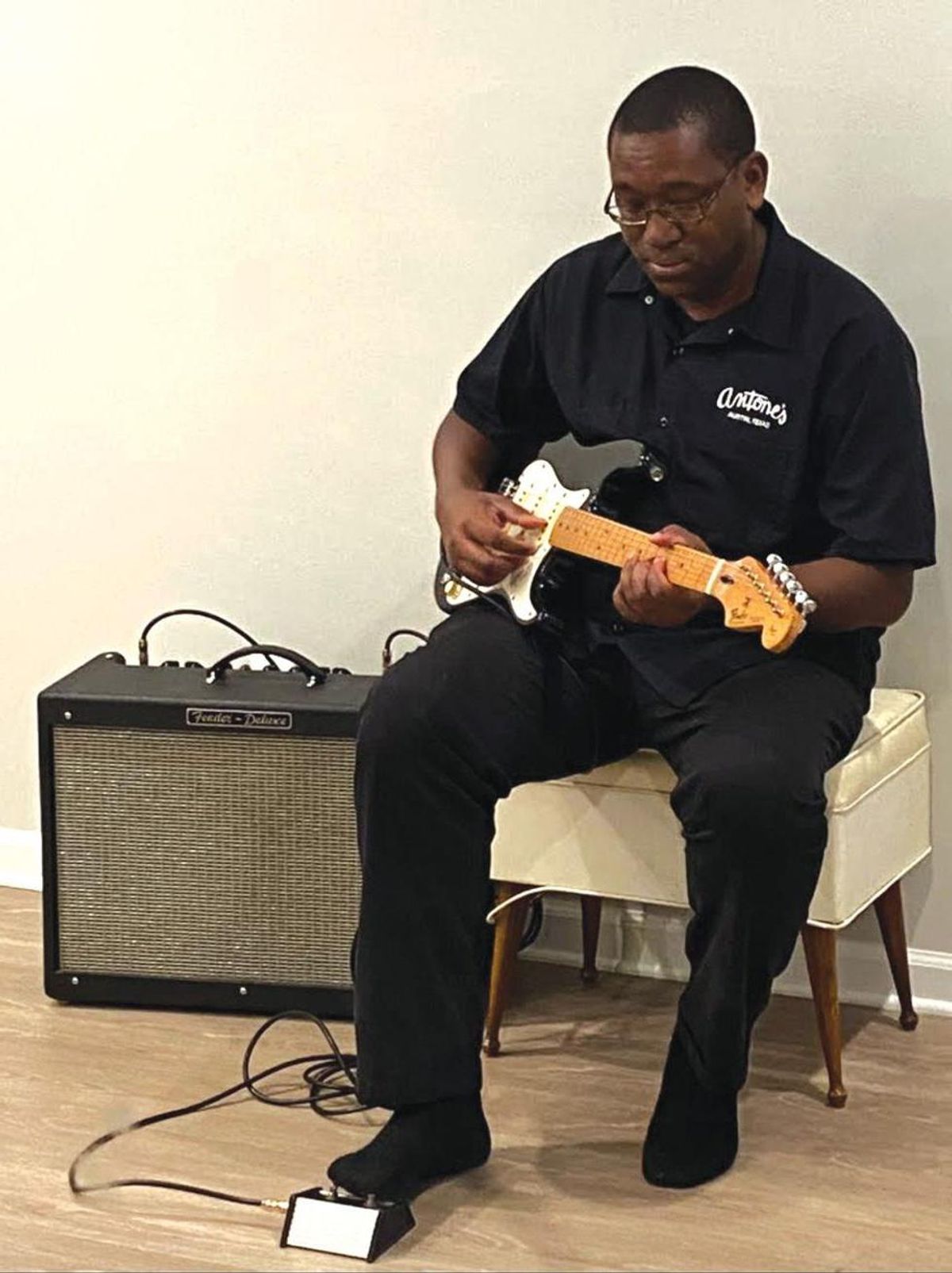 With Public Enemy, guitarist Khari Wynn uses a Marshall, but a humble Fender workhorse helps carry his own transcendent compositions.

If you've seen Public Enemy on tour over the past two decades, you've heard Khari Wynn breathing fire through a Marshall stack. In fact, you can hear him on the band's new album, What You Gonna Do When the Grid Goes Down?, on the apocalyptic songs “Grid" and “Rest in Beats." But these days, when he's at home in Memphis gigging or cutting tracks, Wynn relies on a workhorse favored by many players, from pros to weekend warriors: a Fender Hot Rod Deluxe.

While the 40-watt combo introduced in 1996 is common, the sounds Wynn creates with it for his own musical projects, including Energy Disciples and the New Saturn Collective, are anything but. (See this story online to listen.) With a Les Paul or a Strat, a handful of effects, his Deluxe and, most important, his wide vision of music, Wynn creates soaring, textural, atmospheric compositions—with room for free-flying improvisation—that evoke the Mahavishnu Orchestra, Sun Ra, Sonny Sharrock, and other proponents of sonic liberation.

“It's got a great classic fuzz thing happening when the overdrive channel's really opened up."

“What I'm looking for is warmth, presence, the ability to cut through in an arrangement, and a balance of the proper amount of lows, mids, and highs," Wynn says of his quest for meaningful amp tone. “With my Les Paul, the amp's clean tone has a really nice full voice, and with two channels, when I want to get gritty, I can set the amp for a gainy rhythm sound and use the other channel for a loud, distorted overdrive sound for solos. With the Strat, it's got that classic top end that really pops out in recording. And because the amp's clean tone is so rich, it can be bright but it's never too brittle."

Before acquiring his Deluxe a few years ago, he'd bought a 1970s Fender Twin from a friend who'd given up performing. “The trouble is, those old amps are kind of sensitive," he says, “and I was carrying it all over town, to different stages and studios. It got to the point where it kept blowing fuses and was having other problems."

Get an earful of Khari Wynn's transcendent playing and composition on “Infinity Bridge," a Mahavishnu-inclined tune played by his group Energy Disciples.

The Hot Rod Deluxe was part of the gear at his friend Michael Joyner's Slim Bloke Studios in Memphis, and Wynn connected with the amp while cutting tracks there. After he told Joyner how much he enjoyed its sonorous tones, Joyner offered to trade the Deluxe for Wynn's troublesome Twin, which Joyner thought he could repair, and sweetened the deal with a couple hundred bucks.

Wynn says the late '90s Hot Rod Deluxe is stock, which means it's got two 12AX7s in the preamp section, a pair of 6L6 power tubes, and a 12AX7 phase inverter tube. The cabinet—all pine—is inspired by the look of Fender's 1950s narrow-panel tweeds, as is its top-mounted, chrome-plated chassis and chicken-head knobs. The interior has printed circuit board construction, and the rectifier, reverb driver, and effects loop circuits are solid-state. The speaker is a 50-watt Eminence Legend, although models more recent than 2010 come with Celestions. And there's a footswitch for the channels.

Wynn complements his Hot Rod Deluxe and guitars with just a few stompboxes, but, as you'll hear online when you check out his performance of the Mahavishnu-like “Infinity Bridge" with his Energy Disciples, he wrings a maximum of sweet soaring sustain and colorful tones from his setup. (Dig his artful use of low, sustained feedback—psychedelically panned in the mix—as the bedrock for a transitional passage starting at 1:43.) His pedals include a Seymour Duncan Twin Tube Classic, a Line 6 DL4, an Ernie Ball wah, and a Fulltone Deja'Vibe, but primarily he relies on his amp's own capabilities for grit and sheen.

The more a piece of gear gets used, the more it reveals secrets. And Wynn says he's recently discovered a new layer of tone within his Hot Rod Deluxe. Listening to a recording of a September 2020 livestream gig, shot at a large venue in Memphis, with fellow Bluff City guitarists Andrew Saino, Eric Mackey, Angelo Earl, and Joe Restivo, he heard something akin to an upper octave tone in the hot channel of his amp. “It's got a great classic fuzz thing happening when the overdrive channel's really opened up," he relates. “It's like back in the day when Jeff Beck would step on a Tone Bender or when Jimi would just hit that sound. It sings."

Love and Sockets: A Crush on an Orange Crush Pro 120