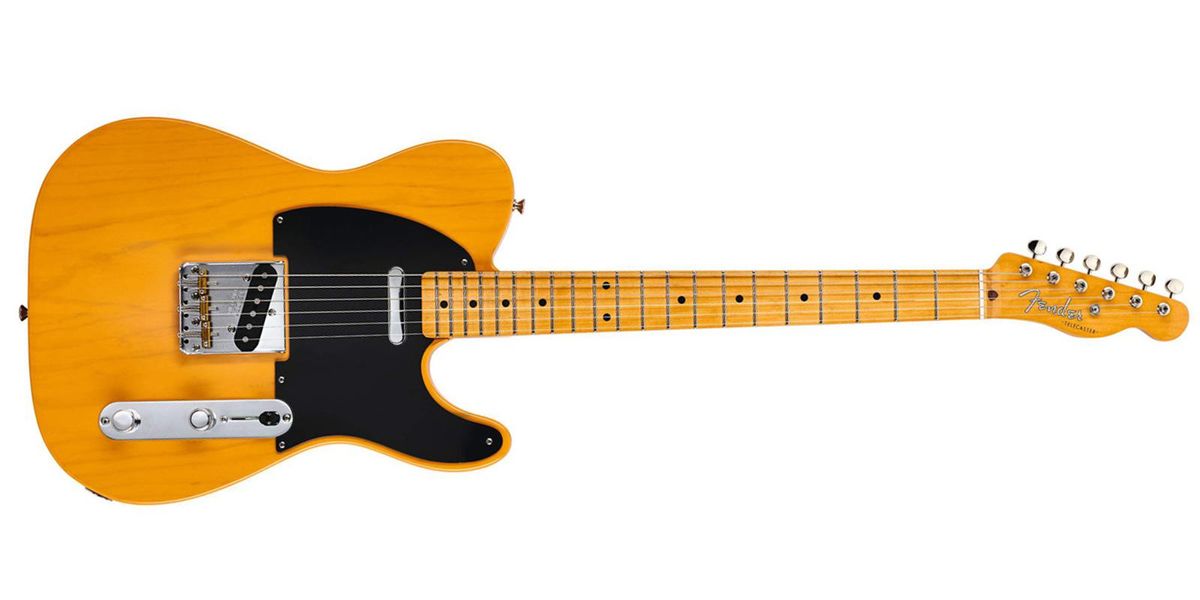 Get meatier Tele sounds without changing your pickups.

Let's explore a common mod for Telecasters and other two-pickup guitars, but with a little twist: wiring two pickups in series rather than in parallel to get louder, meatier sounds. This mod is also known as Telecaster 4-way wiring.


Fig. 1 — How to wire your Tele for an added series sound. Image courtesy of Fender Musical Instrument Corporation.

A Telecaster with a standard 3-way switch and traditional wiring provides the classic pickup combinations we all know and love:

But many players (myself included) like having an additional option with more balls, perfect for solos that easily drive your amp into saturation. This sound is also cool for playing jazz. Hitting this goal is as easy as wiring the two pickups in series rather than in parallel.

In parallel mode, the pickup inputs are connected, as are the outputs. This is one of the main reasons a Telecaster usually sounds very bright. The signal from each pickup reaches the output jack via the shortest possible route. High frequencies reach the output jack almost unchecked, giving your Tele its signature sparkling quality.

The sound of series. In series mode, however, the ground wire of one pickup is connected to the hot wire of the other. They become a kind of “compound pickup," sharing one ground and one hot output. When pickups are wired in series, their impedance is summed, and the output is very high. However, some treble frequencies are lost because the long pickup wire acts as a resistor, and any resistor in the signal path suppresses the signal. Additionally, resistors attenuate higher frequencies more than low ones, which explains the prominent lows and midrange of series-wired pickups. Compared to parallel wiring, the signal must travel through twice as much pickup wire to reach the output jack.

In series mode, the ground wire of one pickup is connected to the hot wire of the other. They become a kind of “compound pickup," sharing one ground and one hot output.

The resulting tone increases a Telecaster's versatility, so it wasn't long before someone came up with a nice solution: the 4-way switch. Simply replace the standard 3-way switch with a special 4-way switch and follow the Fender wiring diagram in Fig. 1. The mod is invisible from the outside, and it provides this switching matrix:

· Position #4: both pickups in series

We'll revisit the 4-way switch and its physics in a later column. But all you really need is a 4-way replacement switch and the wiring diagram.

Important: Before performing this mod, you need to check whether your neck pickup sports the usual metal cover. If so, you must separate the cover from ground, as explained in my May 2013 Premier Guitar column, “Preparing Your Tele for Future Mods."

An alternative arrangement. Some players don't want to change the standard 3-way switch, or don't like the order of settings in the 4-way switch mod. (The order can be changed, as we'll see in an upcoming column.)

It's possible to use a 2PDT switch to activate series wiring. You can do this using a mini-toggle switch mounted on the metal control plate between the two controls (there's plenty of space), or you can replace one of the standard control pots with a push-pull or push-push pot. Either option works as long as you use a 2PDT switch.

The basic idea is to have standard 3-way switch operation, plus the option of jumping to the series sound simply by hitting a switch, overriding the pickup selector regardless of its setting. Hit the switch again, and the 3-way switch is re-engaged at its current position.


Fig. 2 — Getting a series sound with an added switch rather than a replacement pickup selector.
Image courtesy of singlecoil.com.

This wiring can work as a kind of preset switch: Dial in a neck pickup alone for rhythm work, hit the switch for a series solo sound, and then flick the switch again to return to your “rhythm preset." We usually use this wiring in our shop if the customer doesn't want to fumble with a 4-way switch.

Not just for Teles. Naturally, this arrangement works with any two-pickup guitar, not just Telecasters. The wiring shown in Fig. 2 employs a push-pull pot with a 2PDT switch, but you can also use a DPDT mini-toggle on the control plate—just move the relevant wires to the new switch. Please keep in mind, though, that you must convert your neck pickup to three-conductor wiring as mentioned above, assuming it has a metal cover connected to common ground.

That's it! Next month we'll cover another cool mod for acoustic guitars, in keeping with that issue's unplugged theme. Until then, stay in tune and keep on modding!